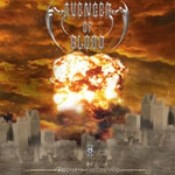 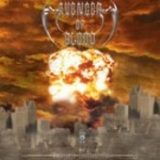 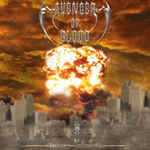 Avenger of Blood was unleashed into this world in March, 2003 in the San Francisco Bay Area. An explosive creation at birth, AOB was masterminded by guitarist Eric Hellfire and with the addition of drummer Shannon, bassist Shawn and second guitarist Marc, the war machine was rolling. Influenced by first-wave German and American thrash metal bands such as Kreator, Sodom, Destruction and Slayer, the band had quickly turned into a formidable force, gaining notoriety with the release of their first self-titled demo that same year.

Seeking new territories to conquer, Avenger of Blood dispatched themselves permanently to Las Vegas in March of 2004 to better suit their destructive needs. The recently transplanted band played their 1st show in Vegas on week later, followed by their performance at “Minneapolis Mayhem 1” festival. The band spent the rest of 2004 setting down roots in their new home turf with relentless gigging throughout sin city. Avenger of blood set about slaughtering all in their path with the release of their debut album "Complete Annihilation".

4. Tyrants of the Bloodlands

6. Where the Pictures Lie

Sold out
Add to Cart